An Economy that serves People and Planet

A green future needs to address inequalities. The pandemic has shown, in particular, the flaws in our social security system.

Caroline Lucas of the Green Party first talked about a Green New Deal in 2010 with people like Ann Pettifer and Andrew Sims. In the aftermath of COVID, we have an opportunity to not return to business as usual.

Sarah’s interest in the climate crisis stems from reading IPCC reports and then volunteering with an organisation empowering young people to take action. She realised the urgency of the situation when activists in the Maldives were telling her that their homes would be underwater by 2030. NEF works with various organisations, including activist groups and think tanks, in three main areas; climate, inequality and democracy. At the time of the financial crisis, NEF called for a green transformation of the economy. Post-COVID there is more impetus to build something new.

A green recovery needs to address social and political concerns including poverty, inequality and social inclusion. It is also important not to forget the ecological crisis. There are many important issues including education, training and low carbon employment.

It is clear that the current virus has had a significant effect on jobs. Since the lockdown there have been over 2.8 million new claims for out of work benefits, the most dramatic worsening of the labour market for over 100 years. A large number of the 9 million workers on furlough may lose their jobs. Sarah proposes large-scale government investment to create jobs in green infrastructure, retrofitting homes (25 million existing homes need to be insulated which could provide an estimated 150,000 jobs by 2030) to cut carbon emissions and other sustainable infrastructure such as in the care sector.

COVID-19 has highlighted the inequalities, both health and economic, between different groups of people and geographically.  For example, job losses have disproportionately affected youngsters, women and BAME women.

Looking forward there is a need to consider structural issues. One such issue is security of income. Sarah proposes a reform of social security and a system of minimum income guarantee. This should be available to all regardless of migration status. She also proposes greater investment in public services and an overhaul of the tax system to distribute income and wealth more fairly. 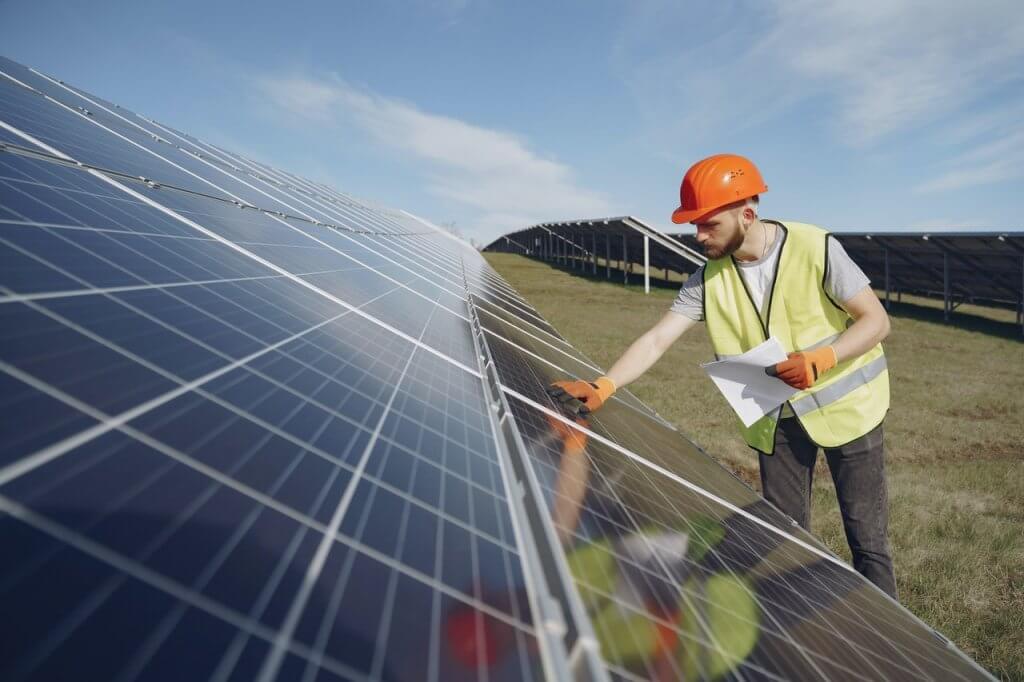 Without government “market shaping” we will end up reverting to business as usual and not meet the carbon reduction targets required. There needs to be government funding of industrial strategy for example direct funding of green research and development. Sarah also talks about the need for a green investment bank. This would specifically invest in the green economy focusing on initiatives which will not always have the best returns and overcoming some of the barriers to investment in green technology. She would also like to see taxes raised on polluting activities.

Sarah stressed the importance of action being needed at all levels of government from national and devolved assemblies to regional councils, city councils and local enterprise partnerships (LEPs). All should be developing industrial strategies and Green New Deals. NEF is working in Croydon on a climate commission. The Welsh Assembly Future Generation Act requires future impacts of policy to be considered. Clearly local authorities are faced with challenging finances following 10 years of austerity much of which has been devolved down to them. Sarah suggests there is a need to reform local government funding. NEF has been looking at a land value tax which would enable the profits landlords receive from simply holding land to be taxed.

Gross domestic product (GDP) is a measure of certain economic activity in society based on the goods we buy and sell in the market place. It does not reflect health, educational or environmental outcomes. There is growing interest, for example in Scotland, Wales, New Zealand and Iceland, in democratically agreed wellbeing frameworks which includes indicators such as sustainability, health and inequality. Government spending can then be allocated according to priority. This approach can be used at both the local and national level. The economy is a way of looking at how we organise through the exchange of resources. Sarah believes it is important that we also look at unpaid activities, such as how we care for each other and non-monetary transactions.

Work / life balance is something many are re-assessing during lockdown.  There is growing interest in a four-day week (many highly paid workers are already able to be more flexible in their work). Rather than obsessing with increasing GDP, economic growth could be shared with each other and through more bank holidays.

A number of organisations are demanding a post-COVID recovery based on ‘build back better’ and a Green New Deal. There are different opinions but Sarah stresses the importance of making space for each other’s ideas. Generally the different ideas are leading to the same outcomes. It is important to have as many conversations as possible and support each other.

The traditional economic model is based on make, use and dispose. The circular economy looks to improve sustainability by reducing consumption, re-using or recycling and changing production to minimise waste and pollution. Eleanor Ostrom was the first woman to win the Nobel Prize in economics (in 2009). Her work countered the claim that humans are inherently selfish. COVID-19 has shown a different side of humanity and particularly that of working together. We have the opportunity to develop these aspects and do things differently. The opportunity to do this in the aftermath of the 2008 financial crisis was not taken.

Right now we need measures to support people who are struggling such as social security reform and a minimum income guarantee. In the longer term, we need to re-assess economic priorities such as wellbeing and sustainability. Important is security of income and everyone having access to the basics for life. Sarah believes this should be a participatory process and not just involve politicians.

The Conservatives won the last election reliant on many new constituencies with different priorities. The current backdrop of the pandemic is also highly unusual. Polling indicates that people want things to be done differently going forward. Even before the crisis, the government had talked about “levelling up” regions. This involves a shift away from London and will require different measures of success. Activists need to hold the government to account as well as coming up with creative ideas.

In the context of the Black Lives Matter movement, measures such as an income guarantee and investment in public services will help reduce inequalities experienced by the BAME community. However, problems are systemic and solutions require considerable thought.

Sarah suggests that the way forward should be a universal approach involving improvements for all rather than targeting specific groups.

Conclusion – Sarah’s suggestion for activists wanting to create change is to hold onto anger and the impetus it generates but not be consumed by it; also to be kind to oneself and others. What people are able to do will depend on their circumstances but she encouraged getting involved in local politics, unions and talking about issues with family and friends.

More on NEF at https://neweconomics.org/