Plastic is everywhere. It’s been found in as far flung places as the North and South poles, on top of the Himalayas and in the deepest parts of the oceans. It’s estimated that 8m tonnes are released into the sea every year. Images of plastic packaging, bags, straws and household waste clogging waterways and suffocating marine life have become as commonplace. At last, plastic is at the forefront of the public’s mind, and a key driver of consumer pressure on brands and drives environmental activism.

Surprisingly, the plastic we see floating on top of the water’s surface is less than 1% of the overall plastic entering the oceans. Research from the Monterey Bay Aquarium Research Institute has found that an average of 15 pieces of plastic can be found in every litre of water 200m below the surface of the sea. Most are microplastics. Less than 5mm in length and virtually invisible to the naked eye, they can become so small that the term nanoplastics is now being used.

Unknown to most, the beauty industry is one of the biggest microplastics polluters.

You may well be making every effort possible to live a zero-waste lifestyle. Switching all your beauty products to those housed in paper or aluminium, or not packaged in anything at all. An important step in cutting down the amount of plastics entering our oceans. But what happens when the biggest plastic problem isn’t on the outside at all, but rather inside the plastic-free bottle?

According to the European Chemicals Agency (ECHA), microplastics added to beauty formulas results in nearly 36,000 tonnes of plastic being released into the environment every year.

Of course, we’ve all heard of microbeads, small balls of plastic that became commonplace, added to exfoliators to help scrub off dead skin. In 2012, however, a backlash began and the launch of the Beat the Microbead campaign by the Plastic Soup Foundation raised awareness about the impact of these beads on the environment. Sewage systems aren’t built to filter them out, meaning they end up in waterways and are ingested by marine life. Once they’re in the water, they’re almost impossible to get out. This campaign has led to eleven countries banning microbeads in cosmetics over the last eight years, including South Korea, the UK and Canada, with four more in the pipeline.

Despite all the progress, the beauty industry still has an overwhelming plastic problem. What you might not know is that even with microbeads on the way out, plastic is still being added into our bottles. In many cases, it’s used as an emulsifying agent, to add texture or as a cheap filler, making the product cheaper to produce and cheaper for the consumer. Ingredients to look out for on labels include silicones like dimethicone – one of the most common ingredients in many of our high performing beauty products – polyethylene, polypropylene, nylon, polyurethane and copolymers. In fact, the ECHA has identified more than 550 microplastic additives that are extensively used in the cosmetics industry.

Many of these synthetic ingredients are also reliant on the petrochemical industry, which comes with its own set of appalling environmental impacts. While some are indeed inert when applied to our skin, they have a devastating effect on one of the biggest, most complex ecosystems on Planet Earth.

Even smaller than microbeads, these plastic pieces fall under the nanoplastic category. Meaning they’re entirely invisible to the naked eye and able to travel into smaller and smaller places. Present in everything from lipstick to sunscreen, they’re used as a cost-effective ingredient, but considering that a lot of a beauty product is washed down the drain, the impact of these plastics on our oceans is shocking. According to a recent study from Swedish Lund University, nanoplastics have been found in the brains of fish, causing aberrant behaviour. Another study from Science Direct found that certain plastic leachates can kill ocean crustaceans in high quantities. Effectively, plastic is killing off our marine life.

There’s evidence to suggest these plastics pose a risk to human health too. Particles have been found in both human faeces and breast milk, and while research is still in its early stages, the link between plastic ingestion or absorption through the skin – the two key ways beauty products enter the body – the impact on health is growing.

First up, the physical impact. A study carried out by the Plastic Health Coalition in 2017 discovered a link between plastic nanoparticles and brain damage in fish. They’ve noted that the smallest of nanoplastics can penetrate deeply into organ tissue, while the translocation of plastic particles from the gut to the lymphatic system has also been recorded. A meta-analysis from authors Smith, Love, Rochman and Neff, 2018 elaborates further. According to their research, the smallest of microplastics can “translocate across living cells…to the lymphatic and/or circulatory system, accumulate in secondary organs, and impact the immune system and cell health…ingested microplastics may cause inflammation in tissue, cellular proliferation, and necrosis and may compromise immune cells.”

On the chemical front, research from Environmental Health Perspectives has discovered that leachates from microplastics act as hormone disruptors. Chemicals known as Phthalates are added to plastic to give it durability, pliability and stability, a key one being BPA. A notorious endocrine disrupting chemical (EDC). The World Health Organisation states that EDCs are linked to imbalances in sex ratios, disruptions in fertility and either accelerated or delayed puberty in women, as well as immune disorders and hormone-related cancers.

At the beginning of last 2018, the ECHA proposed a ban on deliberately adding microplastics to cosmetics, detergents and agricultural fertilisers in the EU.

If the ban comes into place – the motion was expected to be sent to the European Commission in early 2020 – the beauty industry could be looking at a bill of up to €8 billion to reformulate the estimated 24,172 disputed products currently in circulation. With no alternative ingredients readily available, this ban could cost the sector upwards of €12 billion a year in lost products/ SKUs, impacting the type and number of cosmetic products available.

Understandably, the industry has hit back, with The Cosmetic, Toiletry and Perfumery Association criticising the ECHA’s proposal on one key ground, the fact there’s no clear scientific evidence to suggest that these microplastics negatively impact marine life. While the statement might be true, the logic doesn’t add up. And when one takes into account the impact of these particles on human health as well, the proposed ban would be a welcomed step forward. 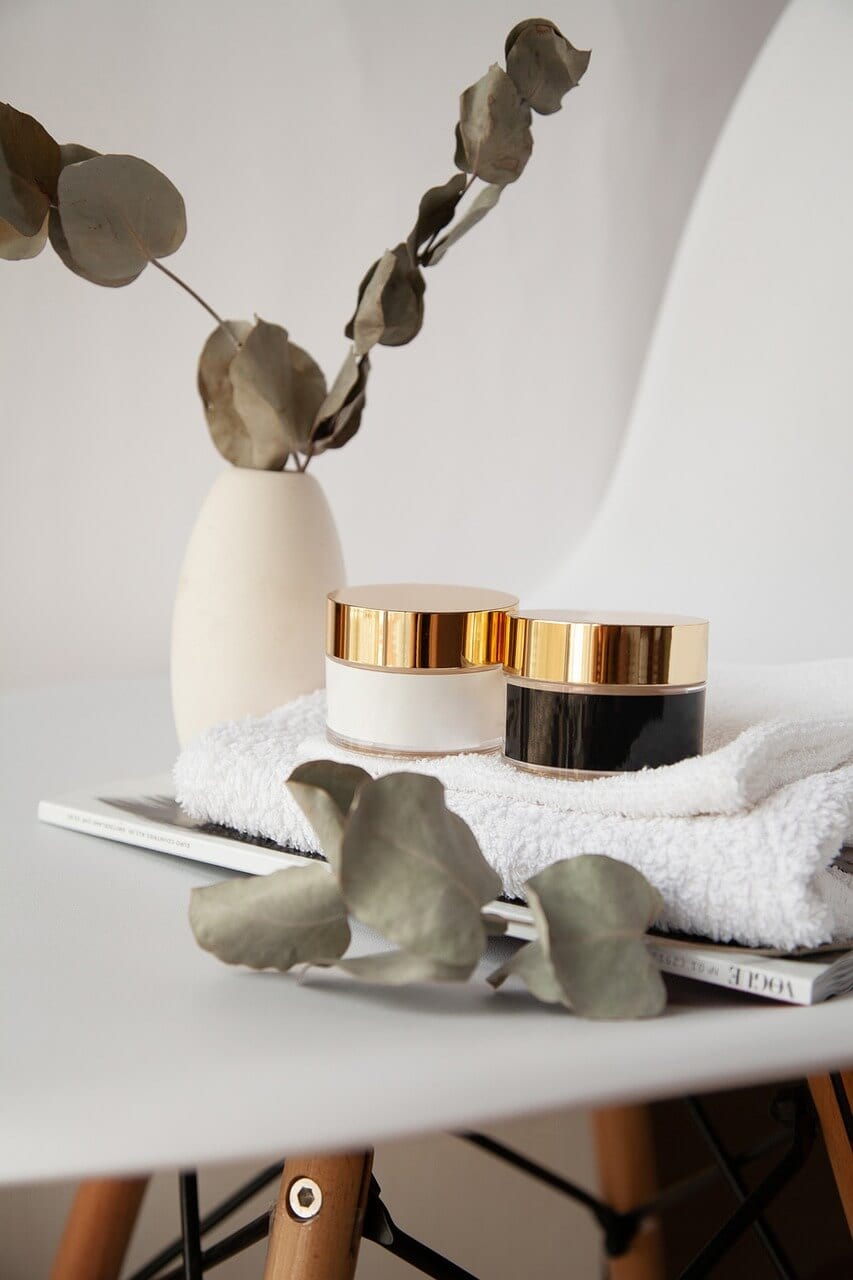 1. Look for the zero

For consumers, navigating the world of microplastics in beauty products is both overwhelming and tricky. When labels such as Plastic-Free don’t mean quite what they stand for, how can we be expected to make conscious purchases for a sustainable lifestyle?

Luckily, Beat the Microbead has devised a handy little system to help us determine what is and isn’t a plastic ingredient. Their Look for the Zero initiative is a free certification for brands and companies that don’t use any microplastic ingredients, obtained when a brand discloses all ingredients used, as well as signing a declaration. Successful brands can sport the Zero Plastic Inside logo, a guarantee to the consumer that what they’re buying is both safe for them and the planet.

Alternatively, look for certified natural and organic beauty products, awarded by COSMOS, Soil Association, Ecocert or NATRUE, all of which have stringent standards when analysing brands, prioritising transparent and traceable supply chains, sustainably sourced ingredients and cruelty free practices. You can be sure that any product you buy that’s stamped with one of these will look after you as much as it does the planet and its creatures.

The Red List is perhaps the most insightful, allowing a consumer to cross reference the often-confusing list of ingredients on a beauty product to fully and finally understand what they are.

So, what brands can you rely on? And how can you ensure you’re limiting your impact with every purchase you make?

Three stand-out options that bare the Zero Plastic Inside logo are:

Hair care products are one of the biggest contributors to the problem, because they get rinsed off and run down the drain. Tabitha James Kraan is a multi-award winning  hair care brand tackling the problem head on. Founder Tabitha has been an organic hair stylist for over 20 years and her line of cleansers, conditioners, shampoos, hair oils and perfumes is grounded in biodynamic growing principles and green chemistry. Refillable, aluminium bottles and almost 100% organic ingredients help you to be safe in the knowledge your hair is completely natural.

Some of our favourite brands that fall under this umbrella include

and Voya, an Irish brand that hand-harvests its key seaweed ingredient straight from the cleanest waters off the West Coast of Ireland.

Conclusion – While the plastic issue in beauty is far bigger than we first believed, there is hope. Research into the impact of these ingredients is becoming more reliable and more in-depth than ever before, and upcoming legislation could eradicate the problem. At least in Europe. But while we wait for the industry to catch up, we all have a choice to make. Continue using products that we now know contain tiny bits of plastic – polluting our own health and the oceans. Or, take a stand and vote with our wallets, committing to investing only in those brands that are zero and proud.